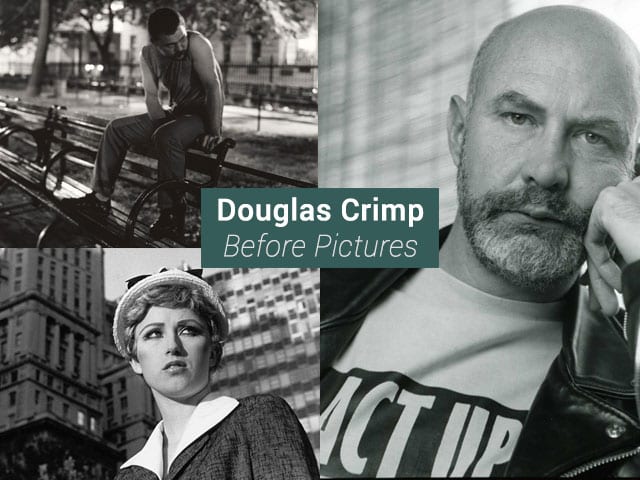 Douglas Crimp is the rare art critic whose work profoundly influenced a generation of postmodern artists. While his influence is widely recognized, we know little about Crimp’s own formative experiences before “Pictures.” Before Pictures is a unique memoir telling the story of Crimp’s life as a young gay man and art critic in New York City during the late 1960s through the turbulent 1970s. Crimp participated in all of what made the city so stimulating in that vibrant decade. The details of his professional and personal life are interwoven with this the particularly rich history of New York City at that time, producing a vivid portrait of both the critic and his adopted city. At California College of the Arts, Crimp will read selections from his chapter “Action Around the Edges,” focusing on the work of Peter Hujar, Gordon Matta-Clark, Alvin Baltrop, and Joan Jonas as well as the confluence of art and gay cruising around the piers of New York City.

Douglas Crimp has been an important critic in the development of postmodern art theory. In 1977 he curated the influential exhibition Pictures at Artists Space, presenting the early work of Sherrie Levine, Jack Goldstein, Philip Smith, Troy Brauntuch, and Robert Longo. Two years later he elaborated the discussion of postmodern artistic strategies in an essay with the same title in October, including Cindy Sherman in what came to be known as the Pictures Generation. In his 1980 October essay “On the Museum’s Ruins” he applied the ideas of Foucault to an analysis of museums, describing them as an “institution of confinement” comparable to the asylums and prisons that are the subjects of Foucault’s investigations. His essays on postmodernist art and institutional critique were published in the 1993 book On the Museum’s Ruins.

In 1987 Crimp edited a special AIDS issue of October, entitled AIDS: Cultural Analysis/Cultural Activism. In his introduction to the edition, Crimp argued for “cultural practices actively participating in the struggle against AIDS and its cultural consequences. During this time he was an active member of the AIDS-activist group ACT UP in New York. Mourning and Militancy (1989) discusses the connections between the artistic representations of mourning and the politic interventions of militancy. Crimp argues that these two opposing positions should be allowed to co-exist. In 1990 he published a book entitled AIDS Demo Graphics on the activist aesthetics of ACT UP together with Adam Rolston. Crimp’s work on AIDS has been seen as an important contribution to the development of queer theory in the US. In 2002 he published his extensive work on AIDS in the book Melancholia and Moralism – Essays on AIDS and Queer Politics.

Tina Takemoto is an American artist and associate professor of visual studies at California College of the Arts in San Francisco. Takemoto’s work explores issues of race and queer identity. She has presented work internationally, and received numerous grants for her work, notably from ART Matters, the James Irvine Foundation and the San Francisco Arts Commission. Her film Looking for Jiro received Best Experimental Film Jury Award at the Austin LGBT International Film Festival,

Takemoto also writes articles for Afterimage, Art Journal, GLQ, Performance Research, Radical Teacher, Theatre Survey, Women and Performance, and the anthology Thinking Through the Skin. Takemoto is the board president of the Queer Cultural Center and co-founder of Queer Conversations on Culture and the Arts.

* Queer Conversations on Culture and the Arts brings together locally and nationally renowned artists, writers, filmmakers, and scholars for a series of conversations to discuss a broad range of LGBTQI topics in the humanities, architecture, design, and the arts. QCCA is an on-going collaboration between the Queer Cultural Center, California College of the Arts, and U.C. Berkeley’s College of Environmental Design.