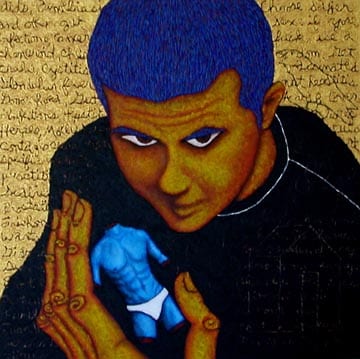 Originally, I plan to include just my recent works for the show. However, Kriss and Eliot have convinced me to include my older works as well. Doing so would reveal the transformation through the years and a search for identity.

Hair came into the picture at a time of frustration. I have not came out yet and that was probably a source of some of my madness. Hair gives a person identity. People judge each other on appearances. Hairstyle is one way to express oneself.