In its 6th year, Still Here centers the experiences of queer Black artists raised in San Francisco. San Francisco’s Black population is now estimated at 3-5.8%   Queer Black artists describe the experience of existing in a limbo between violent erasure and hyper-visibility in a city they now struggle to call “home.” They explore themes of belonging, violent displacement and marginalization. Together, they weave a collective memory of Black queer San Francisco, call upon the resilience and magic that queer Black people bring and have always brought to SF and show us how they resist just by existing here 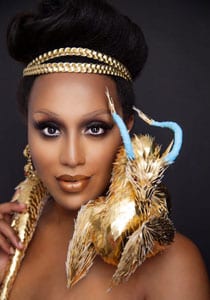 A San Francisco native, drag queen, business owner, and activist, Honey Mahogany first gained international attention as a cast member on Season 5 of the reality television series RuPaul’s Drag Race. Named SF’s best drag queen & cabaret performer by the Bay Area Reporter, Best Drag queen by SF Weekly, and a sought after emcee across the globe, Honey’s more recent work fuzes art with the political. Honey’s work as a drag queen & activist earned her a commendation from the San Francisco Board of Supervisors and Sainthood from the Sisters of Perpetual indulgence. She currently serves as the district manager for the Compton’s Transgender Cultural District, is Co-President of the Harvey Milk LGBTQ Democratic Club, a sitting member of the San Francisco Democratic Party, and is an owner at the Stud, the first queer events venue co-op in the country. Honey currently hosts weekly RuPaul’s Drag Race viewing parties with Sister Roma every Thursday at Oasis, and a monthly QTPOC centered party where all are welcome called Black Fridays every 4th Friday at the Stud. 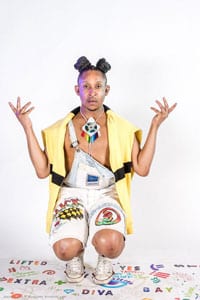 Jocquese Whitfield (SirJoQ) is a dancer/choreographer/MC born and raised in San Francisco. He is the first Vogue instructor of San Francisco and has been teaching his Vogue & Tone classes since 2010. Starting his career steeped in the improvisation of freestyle hip-hop, Jocquese has added modern, classical, and Diasporic dance traditions over the last several years. He was voted “Best Dance Instructor” of 2014 by the San Francisco Bay Guardian. Vogue & Tone was also featured in the San Francisco Chronicle & MTV’s hit show, The Real World.

A shape-shifter, Jocquese challenges assumptions of sexual identity in dance as he plays with both “masculine” and “feminine” aspects. Currently pursuing studies in Dance and Theater, Jocquese’s current movement vocabulary revisits the bold, rebellious statements of the 1980’s as expressed through fashion, nightlife, and a love of the abstract. 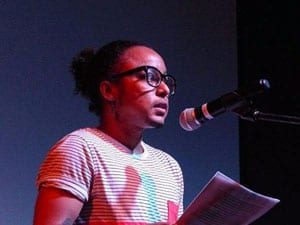 Mason J. is a Visual and Performing Artist, Activist, and recovering A-hole who is inspired by life as a born raised and displaced Two Spirit AfroLatinx SF Local, Sick and Disabled Intersex and Trans Queer, 2nd Generation Punk, and Grandchild of Immigrants. Their photos, poetry, and musings on Sexuality, Gender, Pop Culture, Ableism, Race, Sex Work, and Fashion have been published in many a zine, all around the internet, and in print for Vice, Maximum Rock N Roll, Archer, Original Plumbing, Dude!, Veuxdo, and Bitch Magazines. They have performed for and workshopped at VONA Voices (Miami), Las Dos Brujas, SFSU, Stanford, UC Berkeley, Reed College, PSU, Radar Productions, National Queer Arts Festival, CellSpace, Intersection for the Arts, 826 Valencia, YouthSpeaks. Mason also currently serves as the inaugural fellow for the SF Public Library’s James C. Hormel Center, which is one of the nation’s few LGBTQIA focused archives. 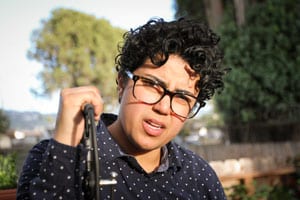 Naiady  Porta, aka naj, is a multi-instrumentalist, producer, and DJ born in Goiania, Brazil and raised in San Francisco, California. naj took an interest in music early on in life learning classical piano at the age of 5 and teaching herself guitar, bass, drums, banjo, and a multitude of other instruments along the way. She began dabbling in Ableton Live and making beats around the age of 24, but really began to take her craft more seriously at 26. As a new producer who has an eclectic taste in music, naj draws influences from funk, house, hip hop, bossa nova, trap, jazz, blues, soul, r&b, bluegrass, and punk to shape her sound. 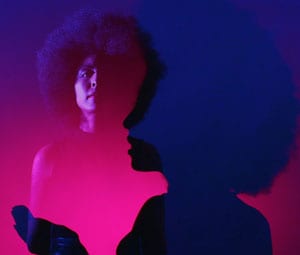 Born and raised in San Francisco, CA, Thea Matthews is an awarded poet, spoken word artist, activist, curator, revolutionary, collaborator, and researcher. She writes on the complexities of trauma, grief, resiliency, and ultimately, the triumph over trauma. Her work can be found in For Harriet’s Soar, Rag Queen Periodical, as well as SoundCloud, YouTube, and Ello. She recently was one of the Q-POC artists-in-residence for RADAR Productions; and studied the poetics of Pat Parker and Jewelle Gomez. As a seasoned performer, Thea frequents the San Francisco Bay Area literary scene; and has featured at literary festivals such as Beast Crawl Oakland, Lit Crawl San Francisco; and reading series such as Paseo Artístico, Lyrics & Dirges, Hazel Reading Series, Nomadic Press’s First Fridays and Get Lit. Currently, she is working n a thematic collection of poetry incorporating flower medicine and city life. 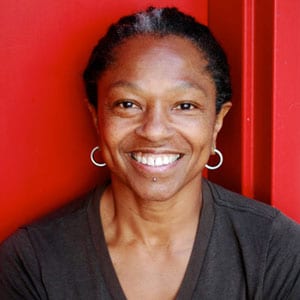 Richelle Evelyn Sigele Donigan is an artist of the rarest form. Her creativity reveals itself as she moves. It erupts and subsides like lightning in a storm. With no formal dance training she has toured both Europe and Africa. She has performed and choreographed for BBC2 and London Weekend Television. She has been danced in videos with both Seal and Prince. She has performed in the critically acclaimed film “Warrior Marks” by Pratibha Parmar and Alice Walker. In 1996 she returned home to the Bay Area after extensive touring. Upon her return from London she danced with The Robert Henry Johnson Dance Company. Richelle continues to develop her own unique style of movement. She has integrated Martial Arts, Yoga and Wisdom into her movement. She has been a member of the radical dance company, Dance Brigade, for 7 years. And, as always, feels blessed to share her gift. 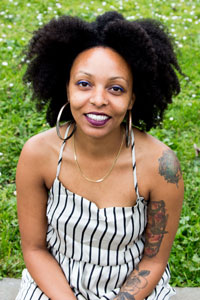 Tanea Lunsford Lynx, Still Here curator, is a third generation Black San Franciscan on both sides. Tanea completed her undergraduate study at Columbia University and afterward completed her Master’s thesis work at the California Institute of Integral Studies. She is the child of an incarcerated parent. She is an abolitionist. She is currently writing a novel entitled “Sanctuary City” that provides an in-depth look at life as a Black San Franciscan in the eras of gentrification and police violence. She is a VONA/Voices of Our Nation Alum. She has participated in a number of local writer’s workshops in the Bay Area including The Interdisciplinary Writer’s Lab with the Kearny Street Workshop. She has performed most recently as a part of the National Queer Arts Festival as an artist the Still Here IV show, as a featured artist in The News, as well as being a featured performing writer as part of The Peacock Rebellion’s Stay:Oakland QTPOC Resilience Festival. Tanea has more than 10 years of experience as an artist, activist, and educator in her home, San Francisco. 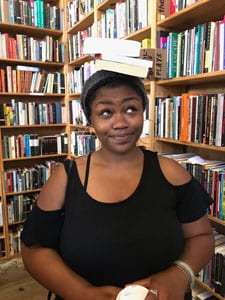 Tiara J. is a literary artist, scholar, and lover. Born and raised in the Bay Area, recently transplanted to Atlanta to pursue her Ph.D. She’s a Queer Black Femme exploring the relationship between the sacred, the sexual, and the divine feminine. She’s interested in the way memory gets woven into the hands that pray and bind kinship ties. Her mixed media work has been featured in the Queer Women of Color Media Arts Project (2017) and Calling on Spirit Writing and Performance Project (2015). 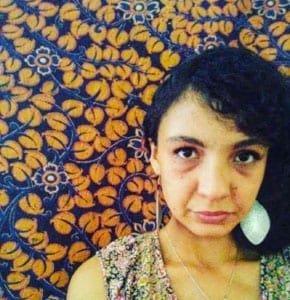 Yaminah Abdur-Rahim is a multidisciplinary artist. Her work centers around the manifold definitions of liberation, dreaming into the future as well as the past.

Hi Tanea, Here are the bios! So exciting. Review to see that every one is included. I need Cameron’s name as it should be listed. We can list just his name without a bio if you want to include it. Also, please change your bio if you want! For pics we just need yours and Cameron’s. 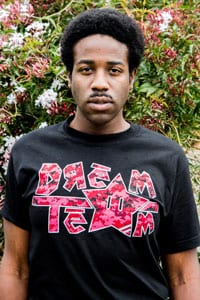 Kameron Burroughs A singer songwriter entertainer. Born and Raised out of Diamond Heights, studied Theatre, Performance Art, and Speech Communications at CCSF and SFSU. Kameron is a state/national Champion of Interpretation of Literature. All the Work he produces starts viscerally with a through line to inspire, working diligently to revolutionize through all mediums of expression.