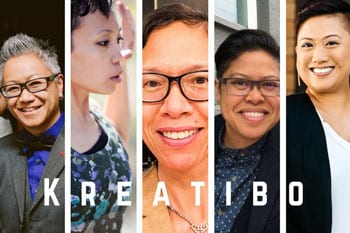 If you are interested in having this performance interpreted for the hearing-impaired or deaf, please contact managing@queerculturalcenter.org by May 31. Thank you.

In 2003, the queer Pin@ys of Kreatibo performed their first production, “Halo-Halo,” to sold-out shows at Bindlestiff. Then they performed “Dalagas & Tomboys: A Family Affair” in 2005, winning Curve Magazine’s annual Lesbian Theatre Award. “Born out of the need to take our stories from the margins and into the spotlight,” Kreatibo is a queer Pin@y artist group that was/is “dedicated to the preservation and creation of our collective memory, and uses artistic forums as a means of cultural activism.” On hiatus for twelve years, members of Kreatibo now reassemble to reflect on themes of community, love, diaspora, and home. Using music, movement, words, and images, a Kreatibo group seasoned by age and time reunites to honor the past, celebrate the present, and envision new dreams for the future. 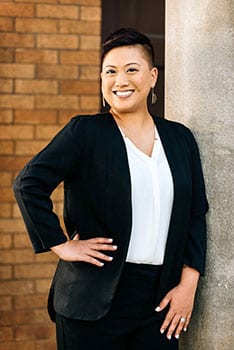 Patty Tumang is an arts writer based in Los Angeles. In 2012, she was awarded an Arts Writers Grant from the Creative Capital | Andy Warhol Foundation to write about the lives and work of contemporary Filipina artists. In 2009, she received a US Fulbright fellowship to conduct research in Manila—which became her home for seven years—and has since published articles and essays on the Philippines’ foremost artists, museums, and exhibitions. Co-editor of the anthology Homelands: Women’s Journeys Across Race, Place, and Time (Seal Press 2006), she previously resided in Oakland, California, where she earned an MFA in English and Creative Writing from Mills College in 2006, and received a Hedgebrook Residency for Women Authoring Change in 2007. 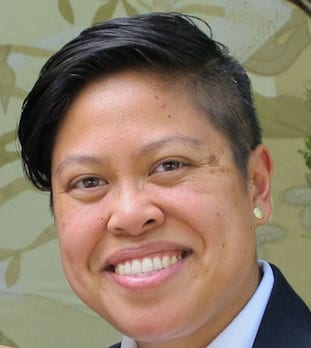 Aimee M. Espiritu is a queer/bakla Filipin@, visual and performance artist, who has been creating, performing and directing theater for the past 17 years in Seattle & the Bay Area. Major productions include The (API) Vagina Monologues (2002), Aimee Suzara’s Pagbabalik (2006); Directing Translations (2009), Before We Were Named (2010), Still Here San Francisco (2013 & 2014) and Queeriosity (2015 & 2016) for the National Queer Arts Festival. She was the Visual Designer for Dr. Joi Barrios’ Piketlayn Cantata (Kularts, 2011) in collaboration with award-winning musicians Grupong Pendong. Espiritu has been a part of Bindlestiff Studio since 2007 as part of The Bakla Show I & II (2010); Visual Designer for Kat Evasco’s one-woman show Mommy Queerest (2011); Director for The Last Unicorns (2013) as a part of Bindlestiff’s One-Act Festival, Stories High XIII and Hedda Gabler (2015). As an educator and artist, Espiritu is grateful and proud to call Youth Speaks her professional artistic home as the Co-Director of Programs. 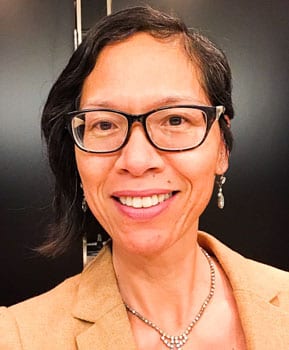 Maiana Minahal is a queer femme who was born in Manila, grew up in the Los Angeles area, and then made home and community in the Bay Area for 25 years. She is currently based in Honolulu as Assistant Professor of English and Writing at Kapi‘olani Community College and lives part-time in New York City with her partner. Author of the poetry collection “Legend Sondayo,” and interdisciplinary performing artist, Maiana is co-founder of the queer Pin@y artist group, Kreatibo; past finalist in the Astraea Foundation’s Lesbian Writers Fund Poetry Contest; and former Director of the multi-ethnic poetry program at UC Berkeley, Poetry for the People. 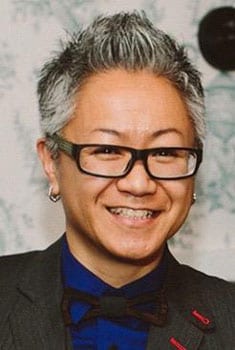 Their short play Mocha Chocolate Chip was staged at Bindlestiff Studio as part of the short play series, Queer As Fuck that was included in 2016’s Queer Arts Festival and curated by Jud Ferrer. In 2015 Jinky’s short play, Untethered, was staged as a part of Bindlestiff’s One-Act Festival, Stories High XIV. They were a member Kreatibo in 2005-6 and performed in the 2005 sold out performance, Dalagas and Tomboys: A Family Affair, staged at Bindlestiff’s previous location. They are the co-editor of the anthology Homelands: Women’s Journeys Across Race, Place and Time (Seal Press 2006) and their writing can also be found in the anthology Waking Up American: Coming of Age Biculturally (Seal Press 2005). Jinky was born and raised in New York city and moved to Oakland twelve years ago, where they earned their MFA in Creative Writing & English at Mills College in 2007. 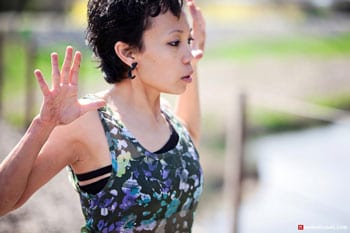 Frances Teves Sedayao is a multi-disciplinary dance artist who has performed & toured with wonderful Bay Area artists and companies over the past 20 years. She is an alumna of Alvin Ailey American Dance School and of Cal State East Bay where she now serves as faculty in the Theatre/Dance and KPE Departments. As a theatre and dance performer she continues and currently engages in collaborative & independent dance works both locally & internationally. Frances is a Serpent Source grant recipient, Featured Dance Artist for SF Apature, Dance Resident of Art OMI International in NY and US collaborator for a Slovakian touring project, Bonjour Monogramista. She was part of Halo Halo in 2003 and is excited to be involved in this year’s reunion of Kreatibo.

Leila is a multiracial queer Mexipino born and raised of immigrant families who worked the fields of California’s Central Valley, and was politicized by way of South America and the Bay. Leila works as a photographer, writer and lifelong advocate for youth in the areas of media, education, and tech inclusion. Leila has taught writing, arts and meditation in schools, jails and youth programs. Leila’s creative work examines the intersections of race, class and gender to assert that such distinctions often lie in they eye of the beholder. Leila is deeply grateful to her ancestors and elders for all the work they did and continue to do, to Kreatibo’s fierce creative community, and to the future generations whose power is still unfolding.