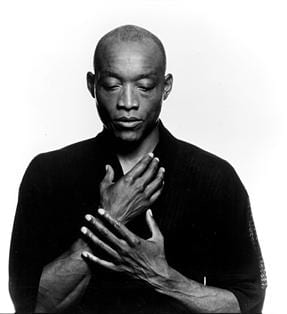 Dancers with an intermediate level of experience or better take advantage of this rare opportunity to participate in a master class with choreographer Bill T. Jones.

This evening, internationally renowned choreographer, Bill T. Jones will discuss his life and experiences and how they inform his movement vocabulary in past and upcoming projects.

Bill T. Jones, a 1994 recipient of a MacArthur Fellowship, began his dance training at the State University of New York at Binghamton (SUNY), where he studied classical ballet and modern dance. Mr. Jones became co-founder of the American Dance Asylum in 1973. Before forming Bill T. Jones / Arnie Zane Dance Company in 1982, Mr. Jones choreographed and performed nationally and internationally as a soloist and duet company with his late partner, Arnie Zane. In addition to creating over 50 works for his own company, Mr. Jones has received many commissions to create dances for modern and ballet companies including Alvin Ailey American Dance Theater. Bill T. Jones remains today one of the most celebrated queer choreographers of the twentieth century.

In The Streets
A co-presentation by the Queer Cultural Center and
“In The Street”: the SF Street Theater Festival
Evening Performance
Friday, June 4; 8 – 10:30 pm
Location: Duboce Park at Steiner/Duboce Sts.
Free to the public
Info: 415.255.5971

Now in its fifth year, the San Francisco Street Theatre Festival expands performance and visual art beyond the traditional boundaries of walls and places them firmly in the context of the contemporary urban environment. The Festival’s free events are accessible to all regardless of income. The Festival continues on Saturday and Sunday, June 5 – 6; Noon – 5 pm on Ellis Street between Leavenworth and Hyde.