Unfortunately, for us, Terrence McNally has a Broadway show that has been rescheduled, which conflicts with the June date. Terrence’s A Man of No Importance has been in workshop at Lincoln Center for its adaption as a musical. The debut performance has just been pushed forward one month because of the schedules of the major stars performing in it. Sadly, this prevents Terrence, as the writer of the piece, from his scheduled June San Francisco event with the National Queer Arts Festival. The Monday, November 5 date is confirmed and tickets may be purchased through the New Conservatory Theatre. Terrence, the National Queer Arts Festival and the New Conservatory Theatre Center apologize for the change but look forward to the event in November.

Those of you who have already purchased tickets should contact the New Conservatory Theatre Center box office to reserve your ticket for the new date or to request a refund. 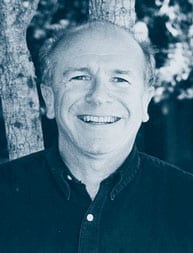 Terrence McNally
Terrence McNally has won four Tony Awards: 1998 for the musical Ragtime; 1996 for Master Class, in which Zoe Caldwell created the role of Maria Callas; 1995 for Love! Valour! Compassion!; 1993 for the musical Kiss of the Spiderwoman. The Full Monty, the new hit musical based on the book by McNally, is currently running on Broadway. Other plays include Corpus Christi, A Perfect Ganesh, Lips Together, Teeth Apart, The Lisbon Traviatta, Frankie and Johnny in the Claire de Lune, and It’s Only A Play, all of which began at the Manhattan Theater Club. Earlier stage works include Bad Habits, The Ritz, Where Has Tommy Flowers Gone?, And Things That Go Bump In the Night, Next, and the book for the musical The Rink.

McNally has written New York City Opera’s Central Park Opera Trilogy (libretto for The Food of Love, with music by Robert Beaser), and San Francisco Opera’s premiere of Dead Man Walking (libretto with music by Jake Heggie). He is currently writing the book for The Visit, with score by Kander and Ebb.

McNally has written a number of TV scripts, including Andre’s Mother (Emmy Award). He received two Guggenheim Fellowships, a Rockefeller Grant, a Lucille Lortel Award, and a citation from the American Academy of Arts & Letters. He has been a member of the Dramatists Guild since 1970.