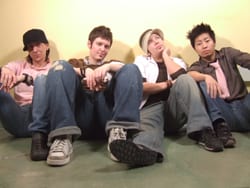 “The hardest working drag troupe in the business” and two-time Best of the Bay drag king troupe, The Transformers, have rounded up an eclectic mix of drag kings, queens, and burlesque artists from the Bay Area and beyond. These performers have a knack for nailing each song with innovative moves and messages. This year, in celebration of the Queer Arts Festival’s 10th anniversary, Rally the Troupes will be turning our queer eyes on themes from the days of yore- celebrating bygone eras, reflecting on defining moments in queer history, and pondering the connections between history and the present. 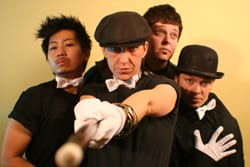 The Transformers
The Transformers: Tin Hardware, Billy the Kid, Corky St. Flair, and Drew Montana have been bringing their love of pop music, glitter, and Boy Bands to the Bay Area for almost 5 years. They are committed to performing a broad array of masculinity while exploring social justice issues based on their own lived experiences of race, class, gender etc.

For the third year of Rally the Troupes and the 10th anniversary of the Queer Arts Festival, the Transformers are taking fagginess and glitter to the next level as they pay homage to the great choreographer Bob Fosse and take you on a trip through queer history. 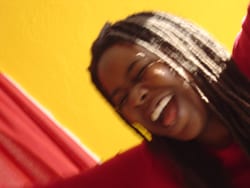 Micia Mosely – MC
Micia Mosely has displayed her perfect comedic timing as emcee for the S.F. Dyke March, the World HomoHop Festival, Oakland’s Art and Soul festival, Sistahs Steppin’ in Pride, and Liquid Fire Productions and at Rally the Troupes for the past two year.  She also co-founded Nappy Grooves, an all-Black drag king troupe.  In May 2006, Micia debuted her one-woman show, “Where My Girls At?: A Comedic Look at Black Lesbians in the Bay Area.”
www.miciamosely.com
www.myspace.com/miciamosely 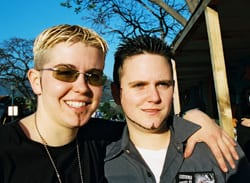 The Dangers
The Dangers (Jake and Damien Danger) are Oakland-based queer dragsters who have been performing since 2000. The dynamic duo originally connected through the drag troupe, The Disposable Boy Toys, and since moving to the Bay Area, they’ve been collaborating with numerous other performers and continuing to bring political, humorous, and sexy drag to queers across the nation. 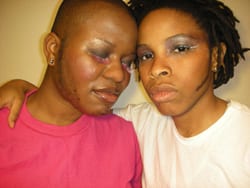 Thatway
Thatway is the consummate Candy-Fag. With an abundance of glitter and a radical analysis, S/HE titillates and provokes through burlesque and drag. Curiously, though, S/HE is also a conjurer of cheap tricks with a penchant for the inappropriate. A recent transplant from Washington, DC, this will be Thatway’s second Rally the Troops show. 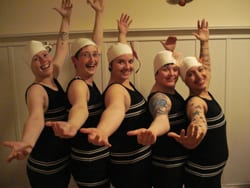 Citizen Kings
Citizen Kings put the fag back in fag-drag. Sexy, political, and frequently fagalicious, this dreamy drag-troupe has performed as salacious schoolboys, naughty nurses, and provocative political prisoners. Producers of Anchors-A-Gay and The Round-Up, Citizen Kings are delighted to be performing in Rally the Troupes for the second year. 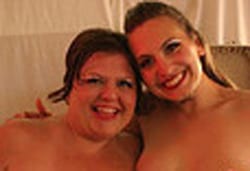 Savory Sweet
*Savory Sweet* is a delightful bearded femme. Starting her queer performance in Seattle where she was a founding member of the Queen Bees, Savory Sweet employs burlesque and drag, pushing the boundaries of what is seen as feminine and femme. She has graced the stage in Seattle, Portland, San Francisco, Chicago and Minneapolis with her sweet smile and savory moves. She now resides in Oakland, performing solo and with the famous Kentucky Fried Woman. 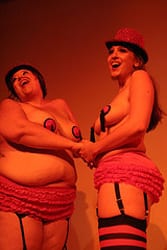 Kentucky Fried Woman/Mrs. Miller
*Kentucky Fried Woman/Mrs. Miller* is a proud fatass.  She began her performance career with the Disposable Boy Toys in Santa Barbara.    After moving to Seattle in 2001, she founded the fierce, mix-sized, body positive, queer as fuck performance troupe the Queen Bees.  Kentucky Fried Woman has performed and conducted workshops all over the United States in an attempt to change the world one jiggle at a time.  She currently resides in Oakland where she performs with the ButchBallet and Hogwarts Express and collaborates with some of her favorite artists like the Dangers, Burlesque-Esque, Savory Sweet and Ashton Kutchie. 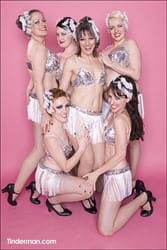 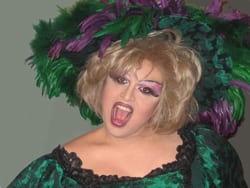 Samantha Richards
Samantha Richards (Navajo) is an expert costume designer and builder, as well as a mask maker, actor and singer for over 20 years. Some of her credits include a featured role in “Honor Song for Crazy Horse” at Theatre Works, and vocalist in “The Barber of Seville”. 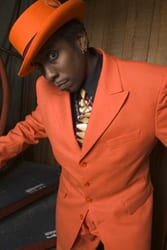 Sile P. Singleton
Sile P. Singleton is a leading force in producing and promoting the modern day Drag King explosion. Truly a “Jack for all ages,”  Sile is a host emcee, social activist, critical theorist, cultural commentator, performance artist, parent, christian and a buttload of other things dependant upon the moment.  Singleton is a life student of gender disruptions, always reclaiming, re-examining and challenging the status quo within and at the margins of everyday life.  Sile is currently touring the nation with her premier one person multimedia show “PAINT! a transformative project”

A life-long connoisseur of faggoty fun, Jay Walker enjoys glitter, choreography, and tear-away pants. Favorite memories include being on his knees at Trannyshack and working a bedazzled man-thong at the Good Vibrations Holiday Ball. Currently performing with the Cockivores, Bent Boys, and Cock Rockers in San Francisco, Jay Walker would like to thank all the fabulous faggots across the nation who have inspired him to be as gay as gay gets.

Sugar in the Raw