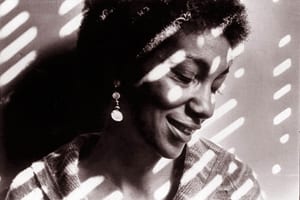 Queer poets come together for one stellar night of poetry and performance, to commemorate the continuing legacy of the bisexual African American poet, the late and beloved June Jordan.

These artists (alumni of June Jordan’s Poetry for the People program) will read their own poems and share selections of Jordan’s work that changed both their politics and their writing.

Charged with the idea that “the personal is political,” their poems speak powerfully of love, loss, hope, outrage.  As they enter into the new millennium, these poets bravely grapple with the connections between issues of queer identity, ethnicity, multiculturalism, and feminism, within the context of local community-building and global social justice movements.

To see June reading her own work: http://www.youtube.com/watch?v=UQIAbvGTWf4. 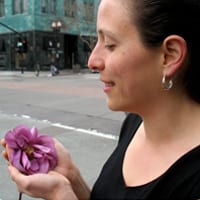 María Poblet is a queer Latina poet. She has studied poetry under the direction of June Jordan and Martín Espada. She served as Artistic Director of June Jordan’s Poetry for the People, and taught poetry workshops at Mission Cultural Center, FCI Dublin Women’s Prison, and Yerba Buena Center for the Arts. Her work has been featured in the SF Weekly, Revolutionary Voices, and the Street Sheet. She has been a community organizer in San Francisco’s mission district since 1999, fighting for immigrant Latino tenants’ rights. She agrees with Cape Verdian revolutionary Amilcar Cabral that culture is a weapon in the fight for freedom, and can often be found reading poetry through a bullhorn. 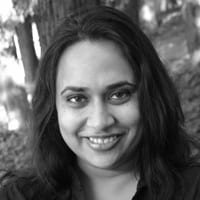 Rajasvini Bhansali is a social entrepreneur, poet and dancer. Rajasvini was born and raised in India and has lived and worked in the United States and most recently, in rural Kenya. Vini has over 12 years of experience in international, non-profit, public and private sectors in areas of facilitation and training; program planning and design; management; research and analysis; strategy development and institutional change. Rajasvini received a bachelor’s degree in Astrophysics and in Interdisciplinary Studies (Social Sciences and Humanities) from the University of California at Berkeley and a master’s degree in Telecommunications/Technology Policy from the University of Texas at Austin. She has also published, performed and taught poetry for the last 12 years. 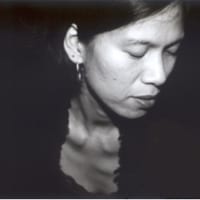 Maiana Minahal is a queer Filipina American poet who was born in Manila and raised in Los Angeles; she currently lives in Oakland. She has studied and taught poetry for 13 years, and received her MFA from Antioch University. She has published in numerous anthologies, has performed in the US and in the Philippines, and was previously Adjunct Lecturer and Director of the Poetry for the People program at UC Berkeley. 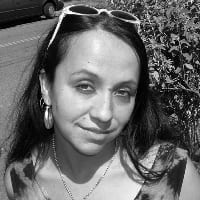 Ananda Esteva was born in Chile and raised in the San Francisco Bay Area. Her writing weaves in a duality of culture, perspective, sexuality, and language.

A student of the late June Jordan, she co-authored the book June Jordan’s Poetry for the People: A Revolutionary Blueprint. Her hair-raising essay ¡Venceremos! Words in Red Paint appears on Seal Press’ anthology Homelands: Women’s Journeys Across Race, Place, and Time in January 2007. Ananda also co-authored of a book of poems called Explosive New Writing featuring the “Molotov Mouths Poetry Troupe” a Manic D Press venture – and is currently working on a memoir detailing her first trip back to Chile in 1987 during Pinochet’s dictatorship.

Anjani Teves met June Jordan when she was a pre-med student at UC Berkeley. After meeting her, she abandoned medical school and worked with June closely for five years. It took her eleven years to get back to medical school. During those eleven years, she got an MFA, and did a lot of martial arts and swimming. 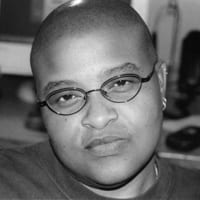 Robyn Brooks, a candidate for the M.F.A. degree in English and Creative Writing with a focus in Poetry at Mills College, is a poet and playwright. A former Student-Teacher-Poet for June Jordan’s Poetry for the People Collective, and recipient of an Emily Chamberlain Cook Prize in Poetry, her poetry has been published in several anthologies and journals, including The Walrus, The Womanist, and What I Want from You—Voices of East Bay Lesbian Poets.” Most recently, Brooks was selected as a member of SF-PlayGround 2007-2008 Writer’s Pool, a playwriting residency in residence at Berkeley Repertory Theatre. Her play, Surprise, was staged at Berkeley Repertory Theatre as part of the 2007-2008 Monday Night PlayGround series.

A descendant of Lebanese immigrants and rural Southern farmers, jim saliba grew up in Tennessee and Georgia. He studied drama at Stanford University and studied and taught poetry with June Jordan and her Poetry for the People program at the University of California at Berkeley. jim has constructed and directed performances in Austria and California and currently studies sociology and linguistics. You can read more of his work at saliba.wordpress.com.