Exile: Vision Quest at the Edge of Identity:  Max went back to the Blood (Kainai) Reserve in 2008 in Alberta, Canada after a 22 year absence. Exile is an exploration and celebration of his journey home. Exile searches for meaning in an individualist post-tribal urban Indian identity, while exploring dislocation, identity fragmentation and transsexual transformation. Max evokes traditional voices and creates new ones, using waking dreams and conversations with the spirits and characters of Blackfoot mythology to show him the way home. Timothy O’Neill  worked with Max in the 80’s creating music for his poems; he returns to create a shimmering soundscape using the sounds of nature and samples of traditional Blackfoot music.

Nomenclature, Miigaadiwin, a Forked Tongue is a 26 poem series in which Aja Couchois Duncan relanguages experience as an alternate self. The series is accompanied by visual footage by Alejandro Gabriel Cruz Gonzalez and Rozita Shamaelov Fogelman. 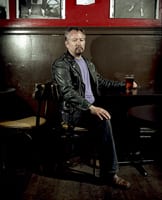 Max Wolf Valerio is an iconoclastic poet and writer who is also a long-transitioned transman.  His ancestry is American Indian (Blackfoot Confederacy – Blood/Kainai band) on his mother’s side, while his father is Hispano from Northern New Mexico and descended from the Conversos and crypto-Jews of the Sephardic diaspora following the Expulsion.  Max began  his medical transition from female to male in 1989.  While not a spoken word poet, Max has performed his writing with bands.   Originally a poet only, his poetry chapbook appeared in 1984, Animal Magnetism (eg press).   Max’s early poetry (age 20), was quoted by Adrienne Rich in her essay, Blood, Bread, and Poetry (the poem — “I am listening: A Lyric of Roots”).  Essays have appeared in many places including: This Bridge We Call Home: Radical Visions for Transformation ed. by Gloria Anzaldua and AnaLouise Keatings (Routledge), This Bridge Called My Back ed. by Gloria Anzaldua and Cherrie Moraga.  He has appeared in many documentaries on being trans including: You Don’t Know Dick, directed by Candace Schermerhorn and Buster Cam, Gendernauts and Max from the feature Female Misbehavior both directed by Monika Treut, and Octopus Alarm dir.  Elizabeth Shrang, and acted in Unhung Heroes directed by Lazlo Ilya Pearlman.  The Testosterone Files (Seal Press) is his memoir about his first five years on testosterone.  It recreates in vivid images and with irreverent humor the social and hormonal transformation Max experiences as his masculinity unfolds biologically.  A Lambda Finalist in 2006, The Testosterone Files also chronicles a cultural history of feminism, punk rock and outsider art.  Exile: Vision Quest at the Edge of Identity was made possible with a Native American Arts and Cultural Traditions Grants (NAACT) from the San Francisco Arts Commission.

Timothy O’Neill is a scholar, musician, writer, and visual artist with a deep knowledge of the intersection of the Gnostic and visionary traditions, and art. In the seventies and eighties Tim created sound and visual elements for the performances of Kristine Ambrosia, an innovative performance artist who used trance, sculpture, painting, music and industrial/sadomasochist/punk avant-garde cultural elements. He composed sound for Max Wolf Valerio’s The Parking Lot/The Criminal performed at The Lab, Martin Weber Gallery (now ATA) and Klub Kommotion in the 80’s.  Tim is currently composing sound recordings of Max Wolf Valerio’s poetry for distribution on the web and on CD.  He also currently performs and composes music with Suzanne Day as SCARAB.  A scholar of Gnostic traditions and art history, Tim has written for a wide variety of books including: Apocaplypse Culture, Secret and Suppressed, and Popular Reality, published by Feral House Press. Tim’s articles on art history, Gnostic traditions, and performance have been featured frequently in magazines including: Gnosis Magazine. 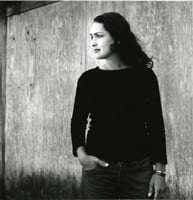 Aja Couchois Duncan is a Bay Area writer of Ojibwe, French and Scottish descent. The editor and publisher of Pigeon Hawk Press, she is a recipient of a Marin Arts Council Award Grant for Literary Arts.