This event is co-sponsored by Brava Theater and Queer Cultural Center with generous support from the San Francisco Arts Commission, California Arts Council, Horizons Foundation, and Grants for the Arts.

Topsy-Turvy Queer Circus presents the final installment of its Afrosurrealist trilogy PARADISE: Belly of the Beast. As doubt and disorder overtake her world, the fallen Angel must face her fears to unify the gods of PARADISE and defy the beast that stalks them. Told through a blend of aerial and acrobatic dance alongside vogue, hip hop and film, the epic finale features a stellar cast of queer and trans performing artists of color.

As disorder overtakes her world, the Angel must unify the gods of PARADISE to defy the beast that stalks them. 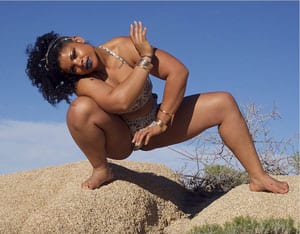 Artistic Director & Co-Founder
India Sky Davis is a choreographer, acrobat, aerialist and pole dancer. Her work combines physical feats with multidisciplinary art forms to illustrate the breadth of her inspirations.

Skilled in moving image and writing, her visionary work has been shown both nationwide and internationally and is guided by themes of multi-dimensionality, spirit, and the link between legacy, timelessness and the body. India lives in Oakland, CA and teaches aerial, acrobatic and pole classes, including classes specifically for Queer and Trans People of Color. indiaskydavis.com 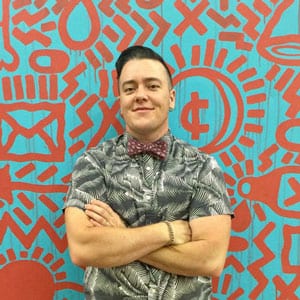 Managing Director & Co-Founder
Indi McCasey believes in the power of the arts as a catalyst for social change. They have pursued community-building strategies in and through the arts with the organizations Fine Arts for Children and Teens, Solace, Streetside Stories, Urbano Project, Wise Fool New Mexico and Destiny Arts Center. After co-founding two nationally touring performance ensembles, Indi co-created Topsy-Turvy Queer Circus, an annual showcase as part of the National Queer Arts Festival. They facilitate arts-based professional development trainings for educators as a faculty member of the Alameda County Office of Education’s Integrated Learning Specialist Program and Harvard’s Project Zero Classroom. Indi holds an Ed.M in Artsin Education from the Harvard Graduate School of Education, is a former artist-in-residence at Harvard’s Project Zero, and is the recipient of the 2013 Endeavor Foundation for the Arts Artist Award. indimccasey.com 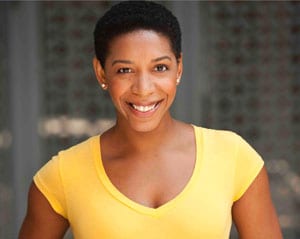 Kiebpoli Calnek is a queer black creative from NYC focused on nuanced performance as an actor, aerialist, and dancer seeped in poetic and Diaspora elements. Their social enterprise, Black*Acrobat, produces diverse shows aimed at telling stories of and for fringe communities accomplishing the unexpected by acknowledging and celebrating authentic visions, voices and viewpoints through collaboration. Kiebpoli’s works received generous funding and support from Elizabeth Streb, Astraea Foundation, Asian Arts Initiative, and The New York Foundation for the Arts. They are a graduate of CCNY, a member of the Lincoln Center Directors Lab, and of Actors’ Equity Association. Kiebpoli.com

Toni Cannon made his debut on the stage five years ago with Topsy-Turvy Queer Circus, and loved every moment of it. He has worked on other projects such as Acrosanct in their show This is Acrosanct, Body Waves, and America’s Got Talent finalist Abigail Baird with her company Aerial Animations. He loves acrobatics, and recently found a new love for Chinese Pole. He really finds the challenge of performing and training thrilling, and would like to thank his family and friends for their support over the years.

Antoinette Chen See draws on extensive training in dance, theatre, and circus arts to embody her Jamaican and queer histories. A performer from the age of 6, she began her circus arts training in 2008, at Wise Fool New Mexico. In 2013, she found a home in Body Waves, the acrobatic dance collective in Oakland which she co-founded. When not building, remodeling, and landscaping with her queer carpentry company, she is throwing Ships In The Night, organizing for Black Lives and Liberation, and hanging hard with Chosen and Given Fam. 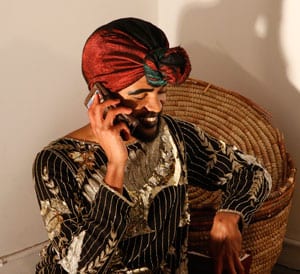 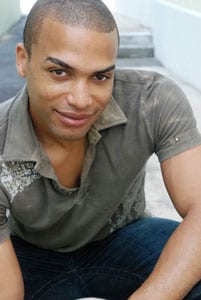 Marshall Jarreau is a dancer and aerialist whose credits include Cirque Du Soleil, Royal Caribbean Cruise Lines and So You Think You Can Dance. In 2013 he was Pole Dance Champion at the Pole Expo in Las Vegas. He teaches regularly at San Antonio Dance Academy and each summer at the Southern Vermont Dance Festival. Marshall is also a certified massage therapist and is currently working toward a bachelor degree in electrical engineering. 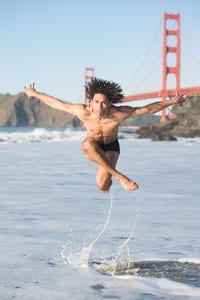 Brandon Kazen-Maddox is a Grandchild of Deaf Adults (GODA) and is a native user of American Sign Language (ASL). He has worked as both a professional acrobat and American Sign Language interpreter in the Bay Area since 2011. In the upcoming 2017-2018 academic year, Brandon will be attending New York University’s Tisch School of the Arts to pursue a Master’s degree in Dance and New Media. He is very excited to represent Mercury the Messenger in this year’s iteration of PARADISE: Return to Aja, and is very proud to pass along ASL as the language of our ancestors. Enjoy the show! 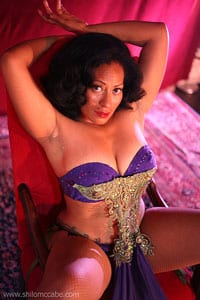 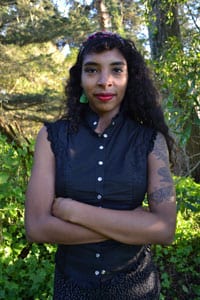