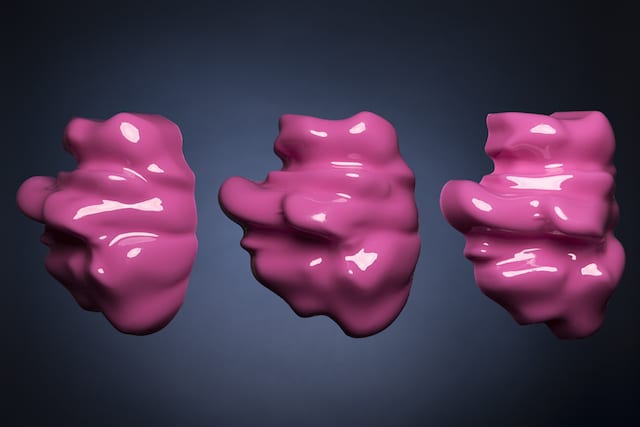 Queer Conversations on Culture and the Arts and the Emerging Scholars Program presents:
Queer Technologies: A Conversation
with Emily Holmes, Anton Stuebner and Dorothy Santos
moderated by Nicole Archer
organized by Rudy Lemcke

In what ways does technology–while enhancing our perceptual capacities–force us to renegotiate our relationship(s) to our bodies? When our physical features, like skin and limbs, are increasingly augmented by digital devices, new forms of embodiment (ways of being in one’s body) become possible. Artistic practices and projects forge queer interventions into the presumed boundaries of body via technological mediation: Virtual platforms, such as Second Life, create spaces in which an artist can re-present and render her gender transition through visual allusions to transformation and mythology; deteriorating film stock serves as an almost co-substantial material for bodies at risk during a major bio-medical crisis; and the potential aggressiveness of facial-recognition software is questioned as a force for marking certain bodies as “other.” Digital and new media technologies not only unlock more dynamic modes of bodily representation, they also offer both productive and challenging avenues in which subjects can conceptualize material existences outside of normative identities. How might these hyper-dynamic materialities speak to ongoing conversations about gender as an unstable and fluid construct? “Queer Technologies” proposes that new media technologies, grasped by queer artists, allow us the rich potential to explore/refuse/resist/parody existing gender paradigms (as well as other social issues) and to stake out singularly “queer” identities entirely their own, while also opening new possibilities for queer sociality, affinity and agency.

Emerging Scholars Program (ESP) brings together recent graduates in the disciplines of Fine Arts, Humanities, Social Sciences and Environmental Design disciplines whose work explores gender identity and issues relevant to queer and trans people of color with Bay Area non-profit, community based arts and social service organizations for a series of conversations that will bring community perspective to their work and develop a network of queer scholars and community partners to foster collaborative research, workshops and cultural events that will enrich the lives of the queer community.

Nicole Archer
Nicole Archer is an Assistant Professor in the History and Theory of Contemporary Art at the San Francisco Art Institute, where she also serves as the Chair of the BA Department + Liberal Arts. Nicole researches contemporary art and material culture, with an emphasis in modern textile and garment histories. Further interests include critical and psychoanalytic theory, corporeal feminism, and performance studies. She is currently writing a manuscript entitled A Looming Possibility: Towards a Theory of the Textile, which considers how textiles are used to produce and maintain the limits of ‘legitimate’ versus ‘illegitimate’ forms of state violence. Nicole is a regular contributor to SF/NY/AQ, and her work has also appeared in publications such as Women and Performance: A Journal of Feminist Theory and Textile: The Journal of Cloth and Culture.

Emily Holmes
Emily Holmes is a San Francisco-based writer whose interests include queer and feminist art, particularly focusing on technology, photography, and performance art. Her academic research centers on the racialized and gendered body’s mediation through photographic technologies. Emily holds a MA in Visual and Critical Studies from California College of the Arts and a BA in Visual Arts from The Evergreen State College. She is currently an editor for Daily Serving, a contributor for Art Practical and KQED Arts, and a 2015 recipient of the Art Writing Workshop with the Arts Writers Grant program and International Art Critics Association.

Dorothy R. Santos
Dorothy R. Santos is a writer, editor, and curator whose research areas and interests include new media and digital art, activism, the Internet, and biotechnology. Born and raised in San Francisco, California, she holds Bachelor’s degrees in Philosophy and Psychology from the University of San Francisco, and received her Master’s degree in Visual and Critical Studies at the California College of the Arts.

She is currently the managing editor for Hyphen magazine and a member of research collective The Civic Beat. Her work appears in art21, Art Practical, Daily Serving, Hyperallergic, and Public Art Dialogue. She has lectured and spoken at the De Young museum, Yerba Buena Center for the Arts, Stanford University, School of Visual Arts, and more. Her essay “Materiality to Machines: Manufacturing the Organic and Hypotheses for Future Imaginings,” will be published The Routledge Handbook of Biology for Art and Architecture in 2016. She serves as executive staff for the Bay Area Society for Art & Activism, board member for the SOMArts Cultural Center, and teaches at the University of California, Santa Cruz in the Digital Art and New Media department.

Anton Stuebner
Anton Stuebner is a San Francisco-based writer whose areas of focus include queer representation, critical race, and visual cultures around bodies. His research explores the intersection of bodily imaginaries and emergent video/imaging technologies during the early years of the HIV/AIDS crisis. He has presented papers at the Midwest Interdisciplinary Graduate Conference at the University of Wisconsin – Milwaukee and at California College of the Arts.

Anton holds a Master of Arts in Visual and Critical Studies from California College of the Arts and a Bachelor of Arts in English from the University of California, Berkeley. He is currently a contributing writer for ­Art Practical and publishes additional reviews for Metalsmith. He is the 2016 Curator-in-Residence at Romer Young Gallery, a 2015-2016 Project Index Fellow at the Kadist Art Foundation, and a 2016 Finalist for a residency at Headlands Center for the Arts.