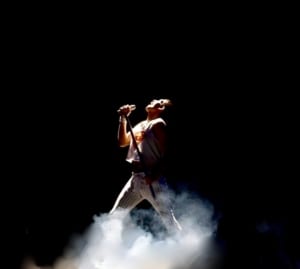 The Musical Prostitute is a provocative and fantastical journey, through several alternate universes.

One Day Ahura Mazda (The Wise and Forgetful God of the Zoroastrians) looks over his dominions and flock: he finds something odd! On Earth, Simon, a young man struggling with his mortality, free love vs fear of love, community, and medications, is making a list of all the things he is giving up. A ragtag band of musical transcendentalists has formed, to be the harmonious conduit for the voyage. AND…. Somewhere else Freddie Mercury is in a Coma waiting to die.

The Burning Monk Collective has created a piece for the apathetic and long term survivors of the Plague called AIDS. A story about what we lost, gave up and what we still live with. What if none of it had happened? Would our community be the same? What would happen if Freddie Mercury came back from the dead for one night to share his thoughts? 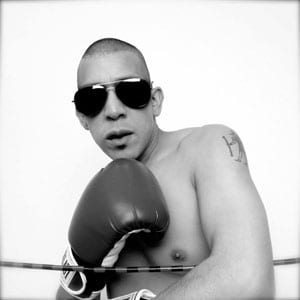 Peter Griggs’ work includes collaborations; with Boathouse Productions, and EmSpace Dance theater. Recently at Shotgun players “Eurydice” with the Erika Chong Shuch Performance Project. He is founder of the Burning Monk Collective which has produced two (and now three) of his original works “Subrosa” and “Killer Queen,” which premiered at Mama Calizo’s Voice Factory in early 2010. In 2011 another run of “Killer Queen” was produced as a site specific work in SF and in LA, and received a GLAAD nomination for outstanding Los Angeles Theatre. Glad to be Premiering the Burning Monks Production of “The Musical Prostitute” at this Festival. 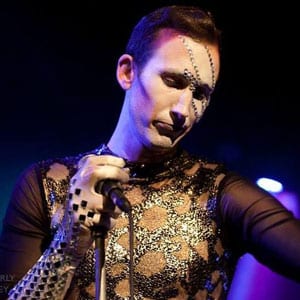 Lysol Tony – Romeo is the lead conceptual force behind the First Church of the Sacred Silver Sexual. Lysol extensively researched David Bowie’s personal and professional history and uses his cult of personality and humanist philosophy as the conceptual base upon which he formed the world’s only David Bowie based church, which has been active since 2011. The First Church won a SF Best of the Bay’s Editors Pick in 2013 and regularly draws hundreds of attendees in both the SF Bay Area and Los Angeles. Lysol has co- produced with several of the Bay Area’s most successful showmen, including Jim Sweeney (Hubba Hubba Revue). Jamie DeWolf (Tourette’s Without Regrets}, and Adrian Roberts (Bootie SF). Lysol has also released original music under the band names Dirty Dave and the Deviants as well as Frisky Disco. This is his first production as part of the Burning Monk Collective.