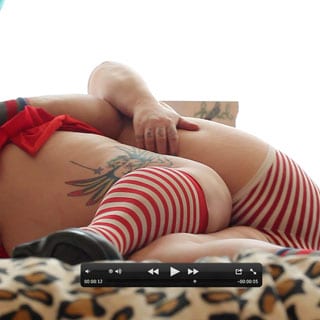 Lisa Ganser is an artist, activist and odd jobber.  She is an established filmmaker, youth media mentor and film & video curator who strives for accessibility in all things, putting the crayons back in people’s hands. She founded and directed the Flaming Film Festival in Minneapolis from 1999-2007, an internationally-known experimental film festival highlighting work by, and of interest to, queer community.  Her films have been shown internationally, she has spoken on panels and led workshops on DIY film production and community building.  Ganser has been a curator, juror, panel manager and panelist with Twin Cities Public Television, Independent Feature Project/North, Intermedia Arts, Walker Art Center in Minneapolis as well as a board member of Sound Unseen Music and Film Festival and worked with District 202 (a Minneapolis queer youth center) and Kulture Klub Collaborative (an organization that brings art and the arts to at risk and homeless youth).  She is a producer and guest curator at various international film festivals including Frameline, Mix Brasil, Mix Mexico, Homo a Gogo, and Queeruption Festivals in New York, Vancouver BC, and Berlin.  She was the lead singer in a number of bands including Punky Bruiser, Central Standard and Hey There Cowboy, and ran Homocore Minneapolis for a number of years, which was a DIY queer all-ages alternative music venue.  She has strong ties in the national media arts community through organizations such as NAMAC (the National Alliance of Media Arts and Culture), helping to direct and organize their biennial conferences, and in 2000 programming an entire conference track for youth.  Lisa is a recent transplant to San Francisco, and before moving here established a working relationship with Sins Invalid.  She immediately discovered Periwinkle Cinema, a monthly queer film screening at Artists Television Access, and two weeks after moving here, she screened one of her short films, Blowing Bubbles, at the June 2013 Periwinkle “Rejected Showcase.”  She was invited by Periwinkle collective member Lauren Soldano to join their curatorial team.  Ganser contributed to the curation of the July Periwinkle screening, with the theme “Reality Check.”  The screening includes the short movie White Mans Burden by StormMiguel Florez which was originally presented in the 2013 National Queer Arts Festival piece entitled White Lies.  Lisa Ganser is teaming with Periwinkle Cinema to present Un(dis)sing My Abilities, a sexperimental short movie showcase.  Periwinkle Cinema is collectively run and was founded by Lorin Murphy.  Both Ganser and Murphy will create new shorts and bring existing movies together with newly created World Premiere work for the screening.  The screening is also being submitted to the Mix New York Experimental Queer Film Festival and the Mix Brasil in Sao Paulo, BRASIL by Ganser and Murphy. 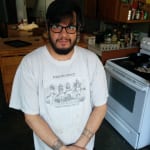 Lorin Murphy is an established Bay area experimental filmmaker, curator and activist.  He is a seasoned projectionist and print trafficker, having recently completing a contracted position with Frameline 37 (the San Francisco International LGBT Film Festival).  As an artist and activist Murphy saw a need for an alternative platform and venue for young media artists to screen new works in front of an audience of peers.  He also saw the importance of screening them alongside established underground media makers.  After a successful six month run as an open salon in a collectively run multi-media warehouse space, the venue suddenly closed down.  Without skipping a beat, Murphy approached Artists Television Access (ATA) in the Mission District.  He wanted a venue that was established in the film community, accessible and open to the public.  ATA accepted his partnership and offered a technically sound venue, marketing opportunities and a monthly slot the third Wednesday of every month for a split of the door revenue.  With the success of the monthly screenings, the split has recently shifted in Periwinkle’s favor to 50-50.  ATA also answered to Murphy’s strict demand for accessibility including being free of submission/entry fees and freeing struggling artists of individually having to seek out and rent a venue, even offering cash and prizes to filmmakers via audience favorite and free raffles at screenings.  Periwinkle has over the past 2+ years screened work by dozens of young and emerging media makers including Lindsey Laven, Lauren Soldano and Bug Davidson and established makers such as Bruce La Bruce, Zachary Drucker and A. Hans Scheirl.  Lorin Murphy is an asset to our community and Periwinkle presents Un(dis)sing My Abilities serves as a catalyst to build understanding, initiate dialogue and create social change at the intersection of the body and politics through queer media arts.